Love Affairs and One Night Stands with Wine

Disclaimer: Who knows what Sean King of Michael's Wine Cellar has to share this week! References to mature subject matter will be minimal, but possible. The good news? You should already be 21 years old if you're reading our michaelswinecellar.com blog!  Love Affairs and One Night Stands with Wine by Sean King, Wine Specialist with Michael's Wine Cellar People who know me have often heard me wax poetic about the similarities between wine and dating. The analogy holds up in today’s world of higher alcohol and high extraction wines. Being in the wine business, I often taste 500-1,000 wines a year and – like that first encounter with a romantic interest - I know from the initial taste/conversation whether or not I want to spend more time getting to it/them better. 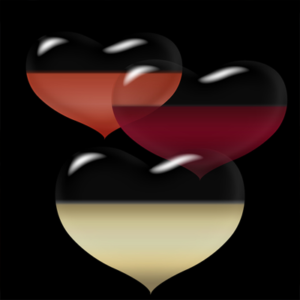 Wish they all could be California wines? I would love to take credit for comparing wines to dating, but I must confess it was inspired by the late Denis Mortet over lunch in San Francisco. We were trying wines and I gave him some Pinot Noir I made that I was proud of (Robert Parker gave it 95 points). I was eager to get Denis's opinion.  So you all know: I loved his wines from Gevrey, France, and I was not alone in believing Denis was one of a handful of the best winemakers in Burgundy.  I poured some of my single vineyard Sonoma Coast Pinot Noir into his glass and watched as he swirled it, smelled it and then tasted it. He then said it was “a little forward and whorish” and it didn’t remind him of any of the past loves of his life. It was a wine conversation I will never forget.

The late Denis Mortet Fast forward to Michael's late last year.  My all-star sommelier friend Dan from Chicago was in town for a couple of days and we were in the Michael's On East Lounge drinking wine. I brought a bottle of the 2006 Molly Dooker “Velvet Glove.” It’s a wine that costs about $175 and boasts an abc (alcohol by volume content) of about 16% because Dan is the ONLY somm I know that does not lie about liking insanely high alcohol wines with copious amounts of new oak. I told him that it was the “high class hooker of wines.” It is ripe, forward and downright slutty. It is a good dinner companion who you might want to spend the night with, but you won’t want to start a relationship with it. The next night we walked into Michael's Wine Cellar and selected a 2012 Jean Grivot Nuits St George “Aux Boudots.” We opened the wine and decanted it. Dan and I - as well as Michael - all agreed that this wine was really, really good.

A Woman of Substance Denis Mortet’s explanation of Burgundy goes something like this:  Great Pinot Noir is all things sexy, seductive and feminine with a strong muscular backbone of integrity. Great Pinot Noir should be wines that a person will want to spend a lifetime getting know much like the great loves of our lives. Dan, Michael and I agreed that as delicious as the Grivot was, it was a wine we could date, but it certainly wasn’t marriage material and with that we raised a glass to Denis Mortet.