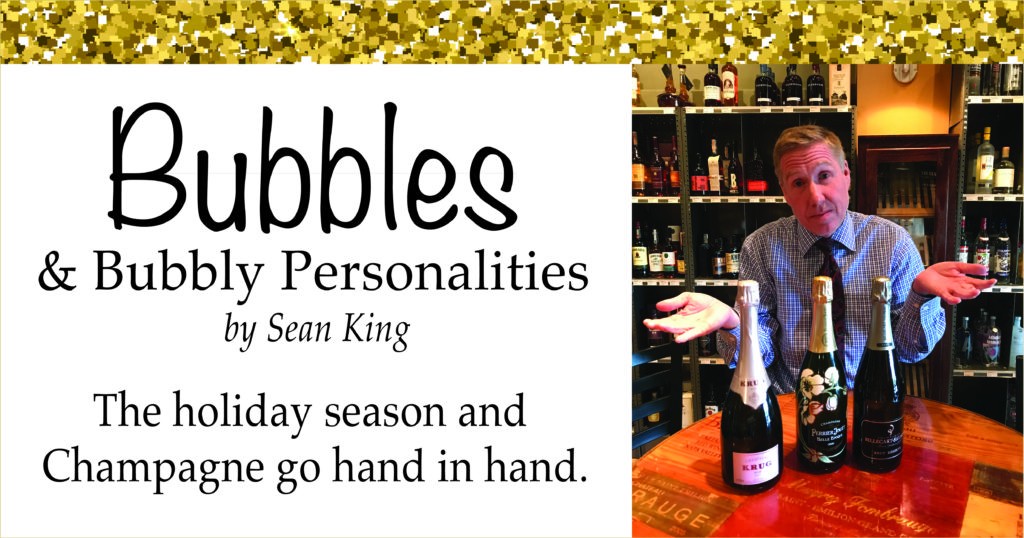 The holiday season and Champagne go hand in hand. What better way to celebrate a season of joy than with the most joyous of beverages? Michael’s Wine Cellar just had its annual Holiday  Champagne & Sparkling Wine Tasting and, like last year, and the year before, it was a sold-out event. 2000 Dom Perignon, 2006 Dom Perignon, Roederer Cristal, Veuve Clicquot “La Grande Dame”- pretty much the who’s who of Champagne was poured to those lucky enough to join us. Most of the women wore dresses and jewelry and several men wore jackets and that adds to the idea that this was a special event.  I would imagine that if this had been a high-end Cabernet tasting, that same “what to wear” mentality would have been nowhere in evidence. Champagne seems to make an event special.

I can recall vividly the first time I had sparkling wine. It was December 31, 1986. My friends and I were sitting on our sleeping bags and chairs in Pasadena waiting for the New Year’s Day Rose Parade. I remember four things that night: it was unusually cold, the girl I was smitten with didn’t feel the same way and my friend Jim had stolen 2 bottles of Cold Duck from his parent’s refrigerator. And I remember spitting out this sickly-sweet bubbly because it tasted terrible. “How could anyone like this?” I asked anyone who would listen. It was a few years later that I had “Champagne” again, during a wedding toast, and once again I wondered why people drank this stuff. Admittedly, this is well before I got into wine or real Champagne. 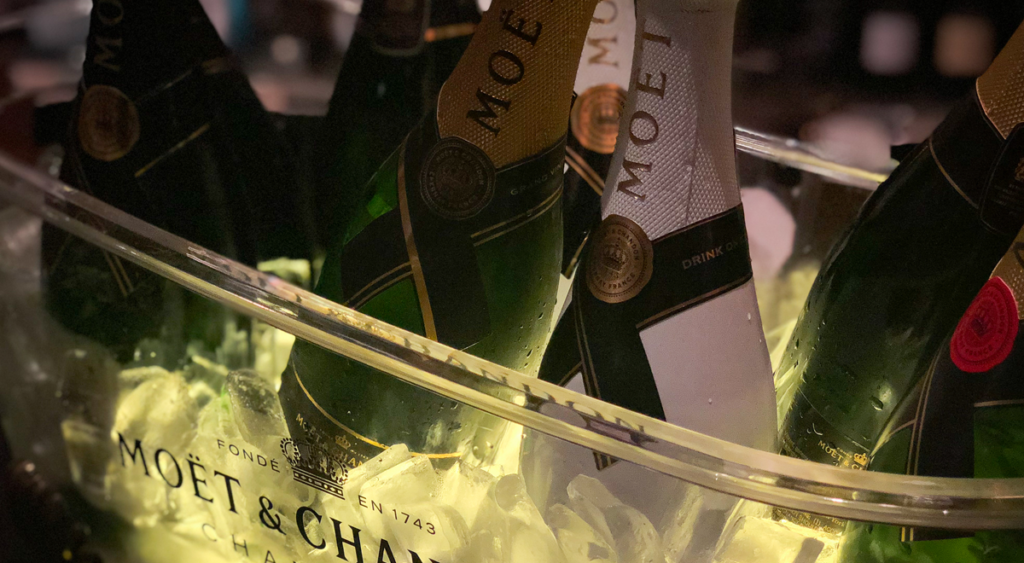 Back to the Michael’s Wine Cellar tasting… almost everyone in attendance lingered at the high-end, crazy expensive tables and it got me and Kelly Fried (a local wine rep) talking about how great it was that there would be lots of leftovers of the great stuff that guests ignored simply because they had never heard of it! I told her I would rather have 3 bottles of the 2010 Louis Roederer Blanc de Blancs than 1 bottle of Roederer “Cristal,” because I actually like it better, and it’s a 1/3 of the price. I’m not saying the “Cristal” is bad, I‘m just saying it’s not my style. Kelly asked me if we could continue this conversation in the lounge later in the evening, because she had to sell more wine.

There are two types of sparkling wine drinkers, those who drink it on special occasions and those who like Champagne all the time. Kelly and I definitely do not fall into the “special occasion only” kind. (That’s not to say we aren’t special!) We agree that good champagne is delicious alone and that it also pairs well with almost any kind of food. I have often wondered if there is really any food with which Champagne doesn’t pair well.

Now to the Michael’s On East Lounge…..Kelly and I sat, thrilled to be off our feet and very excited as we splurged on a bottle of Champagne Krug. Krug is one of the great houses in Reims. This wine is distinguished by it deep color and very fine bubbles. It is fresh and lively with apple pie, nuts and brioche characteristics. Since Kelly and I had already been waxing poetic about pairing options, we got carried away and ordered (I promise you we shared and didn’t finish anything) the Charcuterie Plate, Duck Tacos, Beijing BBQ Spare Ribs and House-Cured Salmon Crostini. I even went into the freezer and pulled out and fried chicken tenders typically reserved for children. (I can do that because I have that kind of pull.)

Needless to say, the Krug went with EVERYTHING! The lady next to us tried the wine and some of the food and said, “I had no idea – wow!” Kelly said to her, “Sean and I are starting a mission today to see if we can find a food with which Champagne doesn’t pair well. We are going to start with sushi!” I quipped, “We know full well that Champagne is a perfect wine for sushi, but any reason to eat sushi is reason enough for me!”

As I was headed home I thought about the Krug and the appetizers and how spectacular they were individually and together. I also realized the best part of the night was the company and the conversation. But ya know, that’s how it should be really.

We’re sorry if you missed all the bubbly personalities last week, but that’s no reason to miss out on the bubbly! Click here to shop online for Champagne and Sparkling Wines from Michael’s Wine Cellar. 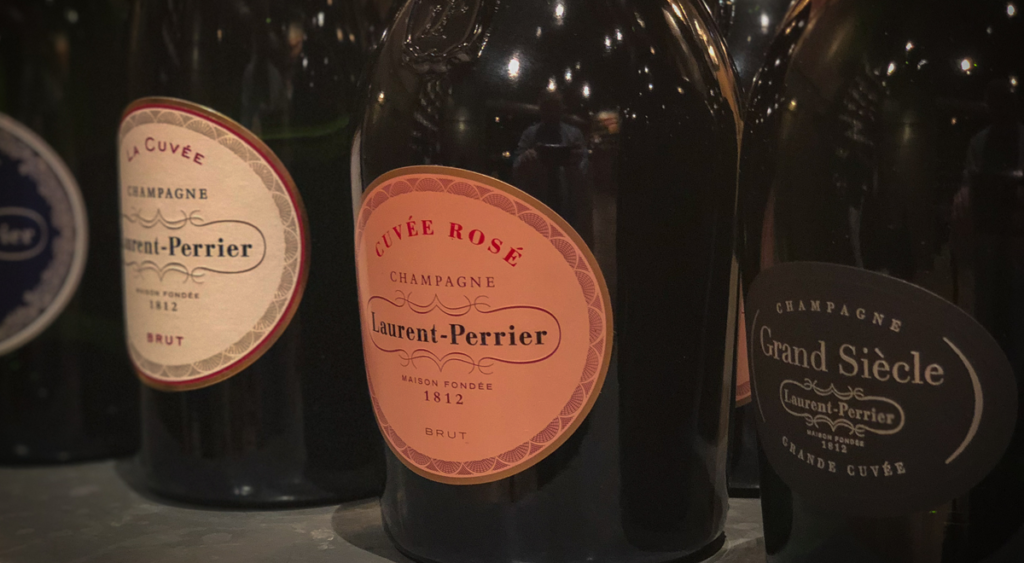