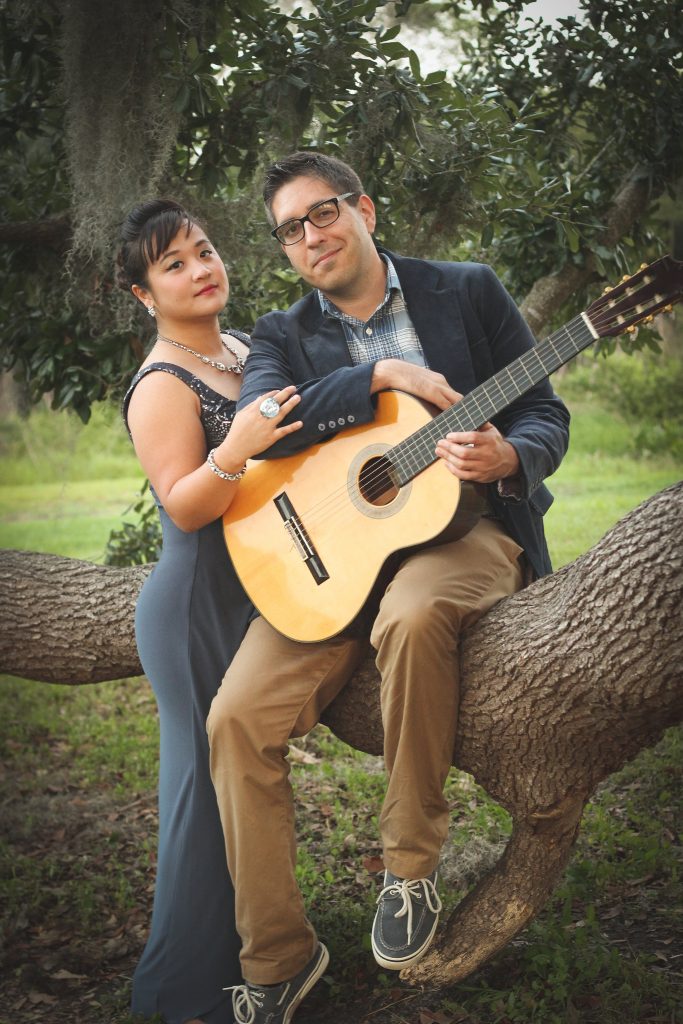 Coloratura soprano Jenny Kim-Godfrey and guitarist Dr. Jonathan Godfrey form the soprano and classical guitar duo known as Corda Voce (Italian for “string voice”). Since 2015 they have seamlessly intertwined the influences of cabaret, classical, jazz, and popular music to create a program that has delighted audiences of all ages and musical interests. Both graduates of the Indiana University Jacobs School of Music, Jenny and Jonathan have extensive experience collaborating with Grammy-award winning performers and performing on stages around the world. As Corda Voce, they have crafted a diverse and lively repertoire focusing on songs not originally written for guitar that, after creative arrangement, make dazzling use of the instrument while showcasing Jenny’s agile coloratura technique.

The Mission Of The Artist Series Of Sarasota

To present live concerts for the enjoyment and cultural enrichment of audiences in Sarasota, Florida and surrounding communities.

We achieve our Mission by….

Presenting primarily classical music programming, featuring voice, piano, and other instruments with an emphasis on recitals and small ensembles.

Building our audience and supporters by offering performances of the highest possible standards of quality.in classical music, but also recognizing other musical genres, including the Broadway stage, motion pictures, cabaret and studio opera.

Utilizing small venues, informal presentation style, and performers recognized both nationally and internationally, with emphasis on presentation of emerging artists.

Taking responsibility for helping to assure the future of classical music by assisting young musicians who demonstrate career-quality potential in the field of music by committing significant resources to a scholarship fund and annual scholarship awards.

As part of that process, a Board of Directors was established and the critical steps toward assuring the longevity of the ARTIST SERIES CONCERTS OF SARASOTA  were begun as the organization developed its long-term vision and goals.