Our palates are a curious thing.  When it comes to food we trust it enough to opine. All of us are able to sit and discuss restaurants new and old; our favorite meals and our least favorite. We can go to work on Monday and tell our friends/co-workers about the fabulous dishes we had at a new hot restaurant: “I started with the citrus salad that was topped with a poppyseed and crème fraiche dressing. It was refreshing and delicious. We then shared the panko-crusted cod fritters served up with lemon aioli—they were a little salty, but still good—and my main course was braised short ribs with horseradish mashed potatoes. Oh my Gosh, they were SO indulgent, but in August who wants such a heavy meal? 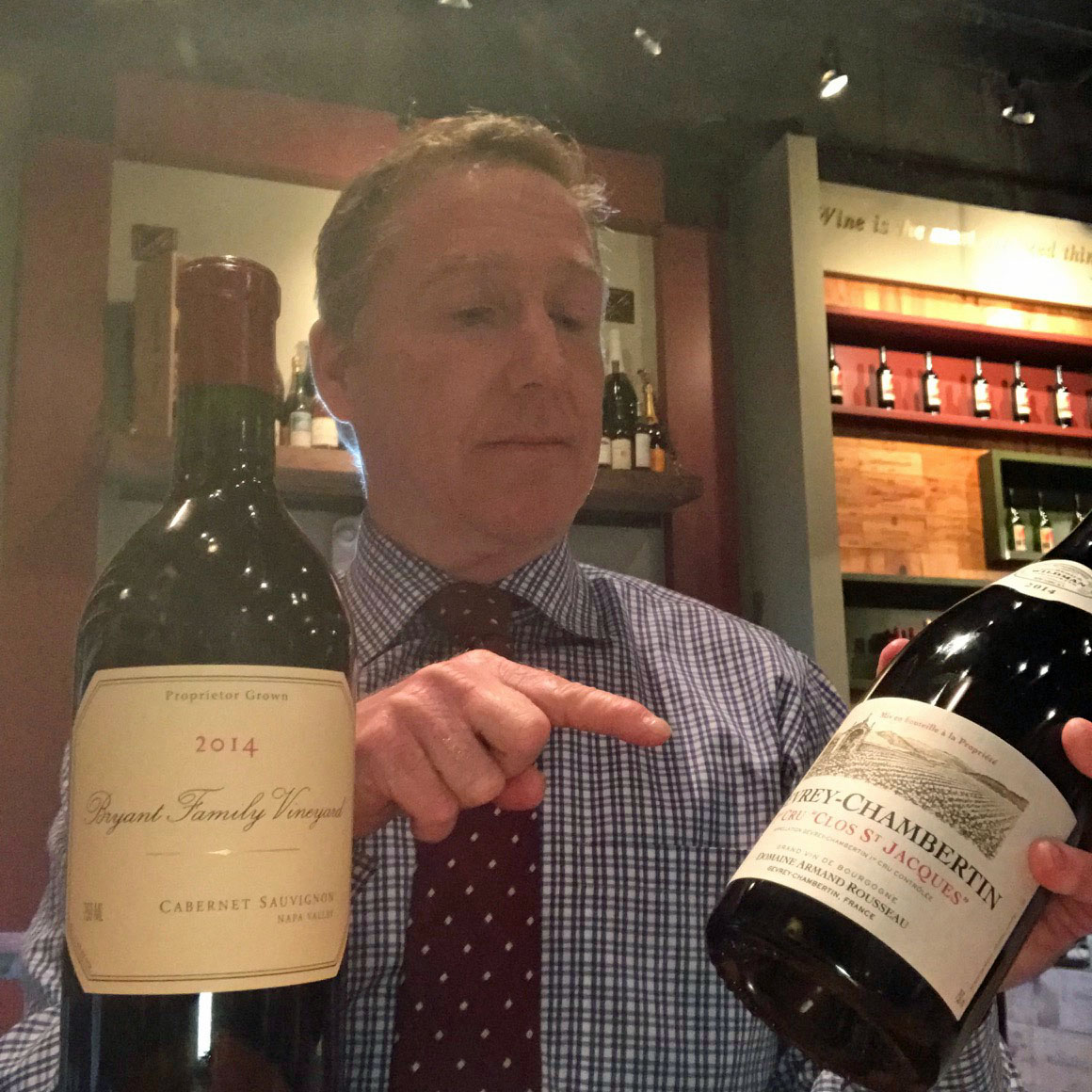 These kinds of conversations are not uncommon among people. In fact, they’re probably frequent if you are excited about food and food trends.

Now, allow me to divulge part of a conversation I had with a man I know after he found out about my wine background.

“Really, you were winemaker? I had no idea...” he said, adding “I just got three bottles of the 2015 Bryant Family Cabernet that Parker gave 99 points. It is an awesome wine.”  (This is a wine that sells for about $500 a bottle so it had better be awesome.)

“How do you know it’s awesome if you have not ever tasted it?” I asked.

The guy tilted his head a little and said, “I know it will be delicious because Robert Parker gave it 99 points!”

“What the hell, man, you need to trust your palate!” I replied, only half-jokingly.

I have made or helped make wines that Robert Parker scored 95, 98 and a couple of times 100 points, and while I know they are good wines, I would rather drink something I really love. Just because a critic gives a wine a huge score doesn’t make it an awesome wine.

“Hold on a sec and let me explain,” I said to my friend. “I really respect the winemaking in Australia and I fully accept that Robert Parker loves these wines when he gives them 95, 96, 97 regularly because he trusts his palate. I also accept that these wines are really, really well made, but here the thing: I don’t myself particularly enjoy American oak.”

As an example, the 2005 Molly Dooker “Velvet Glove” Shiraz—to which Parker bestowed 100 points—was aged for 38 months in new American oak. This, according to the Wine Advocate, is a perfect wine. But, as an example, if you are someone who doesn’t like eggplant in any way, shape or form and a respected food critic tells you that best eggplant that has ever been made is at a 3-Star Michelin restaurant you’d never know—because you don’t like eggplant.

So, this Velvet Glove might be the best Shiraz that Parker has ever had, but frankly, I would rather have a pint of Stella Artois because I don’t like American oak.

This guy says to me “Yeah, I hear ya’ but I know this Bryant Family is going to be awesome.”

Our team at Michael’s Wine Cellar is happy to assist you in all your wine-buying needs, whether you’re a “points person” or care to explore and taste new favorites for yourself.

Click here to shop for 90+ point wines from michaelswinecellar.com.

Or simply stop in the wine shop or give us a call if you’d like for a wine specialist to guide you in your quest to enjoy wines you decide upon and “drink for yourself!”