Wine of the Week: Neyers Vineyards 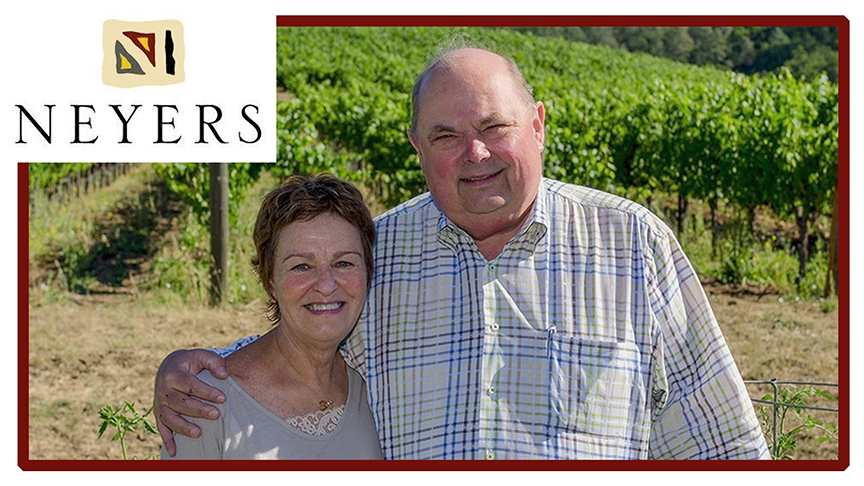 The 1970s brought about a re-birth to California wine, and sent it in a direction that would soon rival the great wines of Europe. Bruce Neyers, with a scientific academic background, curious mind and boundless energy, entered the field by circumstance.

Bruce began his career working at French wine importer Kermit Lynch in San Francisco before moving to Mayacamas Winery in the Napa Valley in 1972. He spent a year in Germany as an apprentice winemaker in 1974, then worked 17 years at Joseph Phelps Vineyards in Napa Valley where he met Michael Klauber. They have been friends since 1980!

Neyers Vineyards was created in 1992 by Bruce and his wife Barbara and they produce esteemed, small-production wines from top appellations throughout Northern California. For more information visit: https://neyersvineyards.com